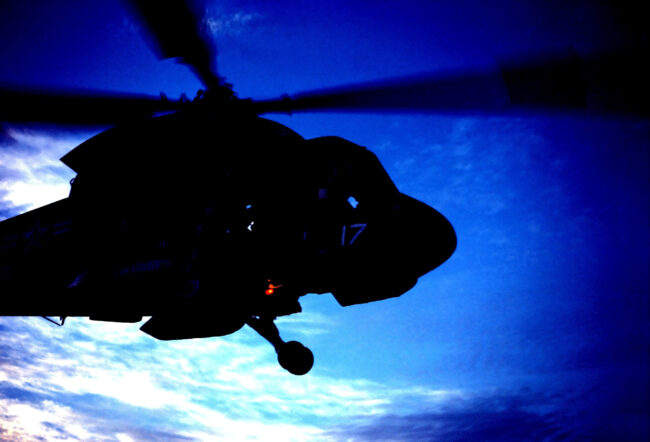 In the mid to late 1970s, I served as a Navy helicopter rescue aircrewman with a squadron in San Diego. While shore-based, I wanted more action. Our squadron had a deployed unit supporting hydrographic charting missions in Panama. In 1977, I requested and deployed to HSL-31 detachment Bravo, or “DET B” as we knew it. I didn’t realize that deployment would come with a survival story. 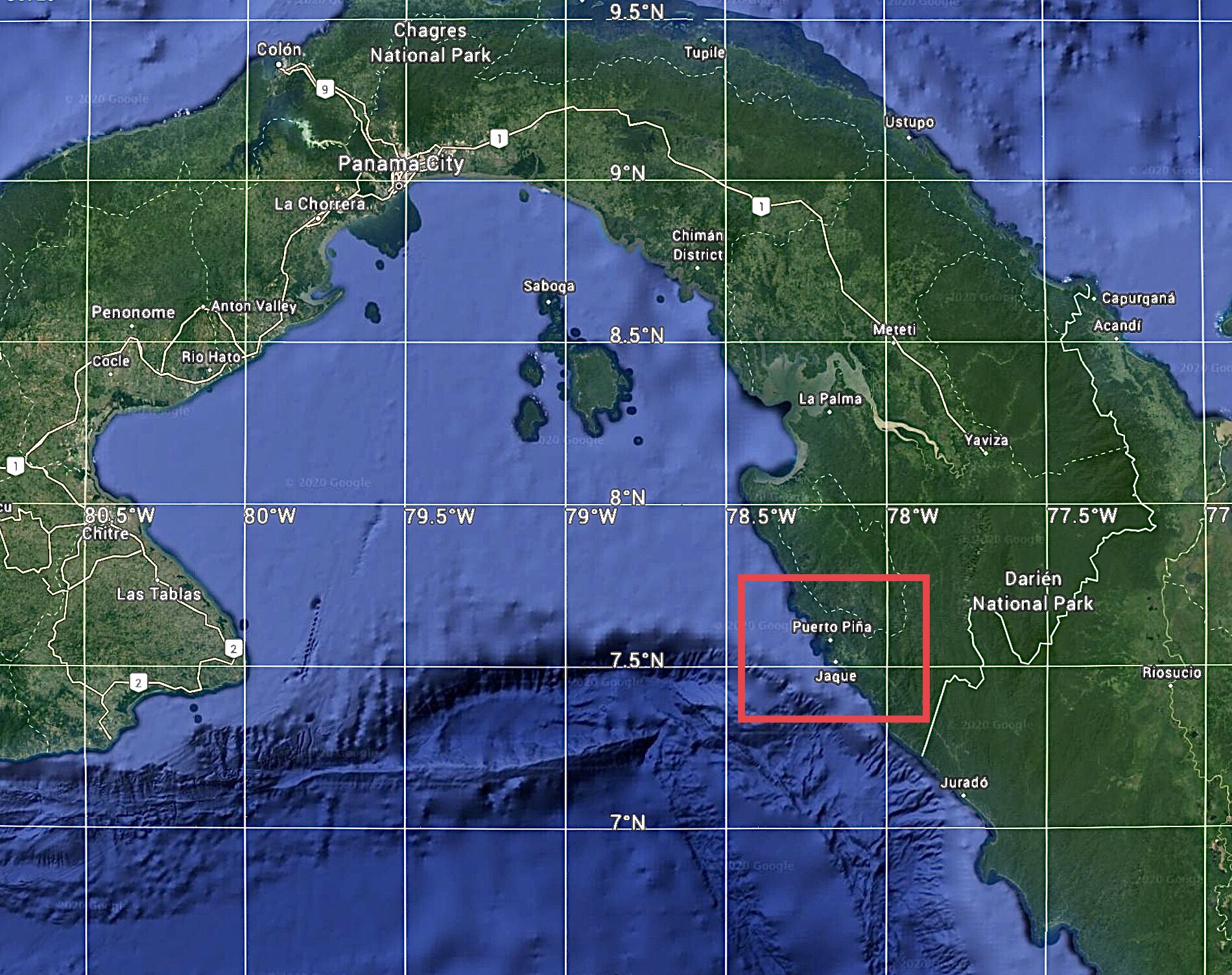 Our job was a support role to crews doing the charting, among other mission areas. There were two crewmen; me and another guy. We would alternate days between flying and landing signalman, directing aircraft operations on the deck of the USNS Chauvenet.

Everyday included dense jungle areas, or abandoned islands. I recall flying out to an isolated island where they hoisted me down into jungle foliage well above my head. Atop the hill was an old marker. My job was to find it. I found it when I tripped over it. The helo returned and picked me up.

At other times, we delivered specialized equipment deep into the jungle. A ground crew arrived to clear the drop zone. Given the dense jungle, I can only imagine the effort required to clear the growth. They worked in the heat and entered the neighborhoods of dangerous wildlife, including Jaguar and Jaguarundi, an enormous cat resembling a gray panther.

21 species of venomous snakes live in Panama. I saw gigantic spiders in the jungle. One day, I encountered an Ocelot up close. My junior high school mascot was the Ocelot. A big, growling cat is not friendly.

How it’s Supposed to Work

After the crew completed their work, we’d carry a cargo net with supplies hooked below the aircraft. From the door, I monitored the load. We’d lift off the deck and fly off to our drop zone. Once we’d arrive, I’d be on my stomach watching the load below, and surveying the area for clearance of trees. My job was directional guidance to the pilot. We set the load on the ground and left.

I explain this scenario to display how things work according to plan. As you’ll see ahead, things don’t always go the way they’re supposed to.

Our operations took us throughout the Pacific side of Panama. One day we flew out to a small island near Puerto Piña to drop cargo in a dense jungle area. Before our flight, a crew cleared the drop zone.

That morning seemed like a normal day. We did our preflight checks, fueled and launched the helo. The crew readied the cargo, and we flew around the ship. In a hover, we grabbed the load and flew toward the island. According to the plan, we should return in an hour.

At the island, we circled the drop zone. In a hover, I monitored the load and checked clearance. As we started lowering in place, the rotor wash began blowing vines from trees toward the tail rotor. That could be a bad thing. A damaged tail rotor will cause an uncontrollable spin. The only place to go is down. The pilot said he would move forward.

Before explaining what happened next, it’s important to explain some flight dynamics that led to trouble. Helicopter blades spinning counter-clockwise at 600 RPM can pull the aircraft to the right. When hovering into dense jungle the rotor wash creates a large wind tunnel. The environment forced our helo toward the right. Then we violently felt each impact.

While hovering, we struck a tree, with a load hanging below us. The pilot did an amazing job holding the aircraft steady. Our helo was inches away from destruction. The pilot’s quick response saved us. Throughout the impact, I was on my stomach watching the load. I called out to let it go. With the load released, it fell below.

The Flight Back – A Survival Story

The pilot hovered and proceeded toward the ship. Manufacturers construct Helicopter blades of a honey-comb material. If damaged, the blades could disintegrate. The pilot called out on the radio:

“Chauvenet… this is Tango Delta One Seven… We’re inbound for an emergency landing… we hit a tree.”

Communication continued with our location in case we ditched the aircraft. They could plan a search for us. With a possible crash ahead, I placed our life rafts near the exit. We wore survival vests with floatation gear; the rafts were a backup. The area had Hammerhead and White Tip sharks. The disruption of a helicopter hitting the ocean is a dinner bell for large predators.

We were losing lift the further we traveled. Our blades were coming apart. In a tenuous situation, the pilot did an outstanding job.

Seeing the ship ahead was a comforting feeling. We landed safely and found we lost four-inches of each rotor blade. It could have been much worse. 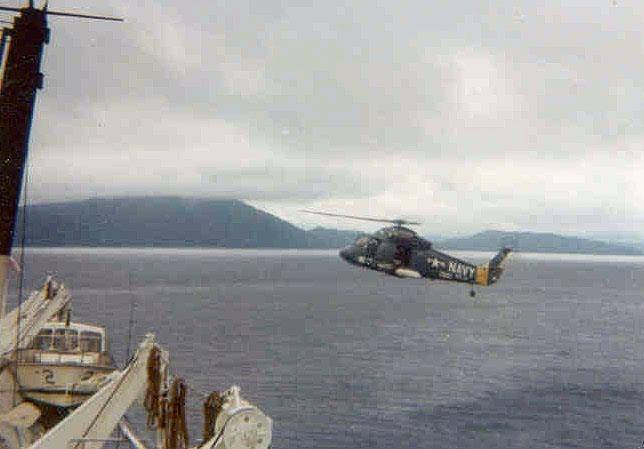 Thoughts After the Incident

In my earlier years, amid danger, I would often freeze. I believe Navy flight training proved valuable on that day. The intensity of the training taught me to stay calm, evaluate the circumstances and respond. It’s critical to respond to the threat. We can allow emotion later.

That’s exactly what happened. Once safe on the ship, I replayed the incident repeatedly. What could have happened was unnerving.  This was truly a survival story. After a short while, I moved out of that mental place. We had an aircraft to repair and many flights ahead.

This site uses Akismet to reduce spam. Learn how your comment data is processed. 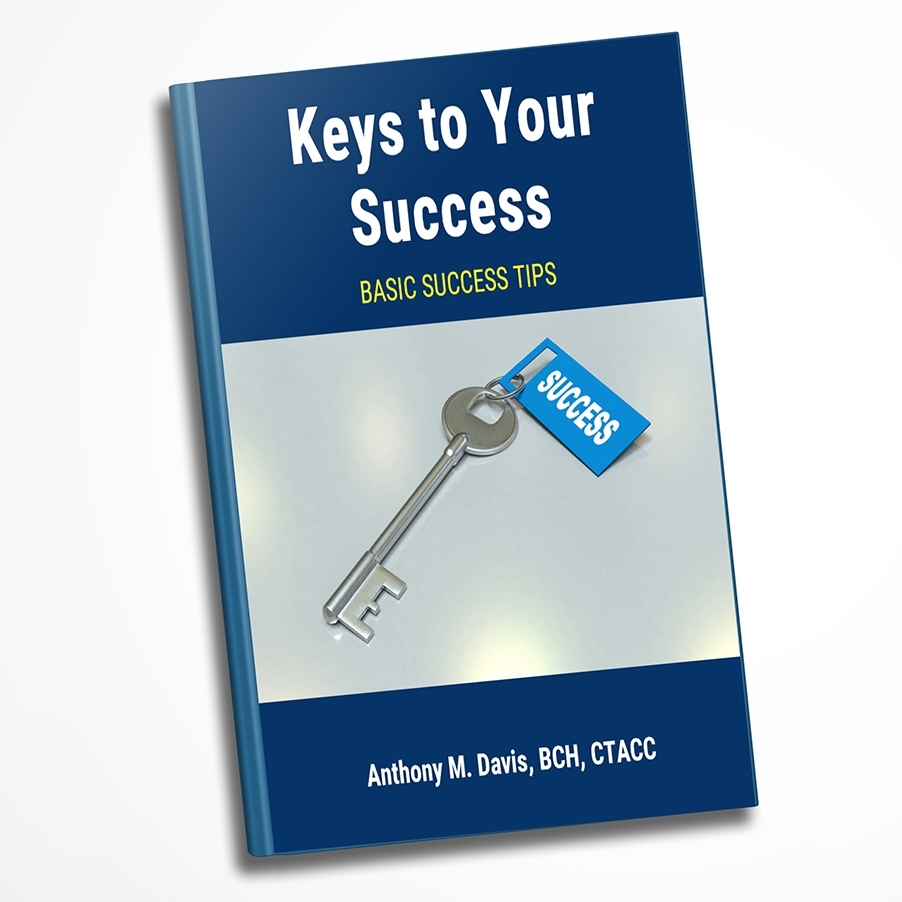 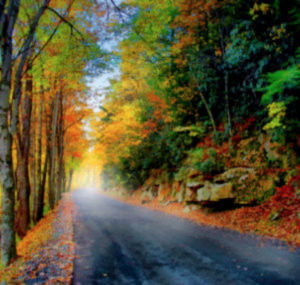 Get the Success Newsletter